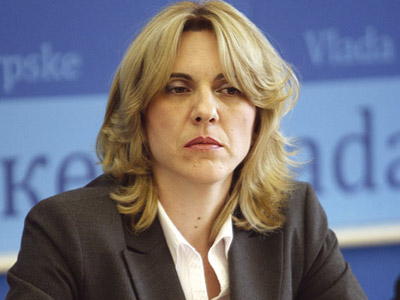 A few days ago, Milorad Dodik, the president of SNSD and RS, stated that his party is not negotiating entering the Council of Ministers of BiH, but that they would be willing to do so, provided their conditions are met. On this occasion, Dodik also stated that the crisis of state-level government is evident since “we already hear talks about their inefficiency; they don’t do anything but please the vanity of Bakir Izetbegovic, SDS, Mladen Bosić and others”.

The “talks” Dodik was referring to are probably the recent statements of RS Prime minister, Zeljka Cvijanovic, who recently commented on the current lineup of the Council of Ministers. Cvijanovic called it “possibly the worst so far and unproductive compared to previous lineups”, adding that “they only pretend to do any work and boost about adopting the Reform agenda in the first 100 days, although this wasn’t their accomplishment at all” (Nezavisne novine, 20.8.2015.).

Without getting into her view of Council of Ministers’ role in adopting the reform agenda, or their other accomplishments, we decided to take a look at the legislative activities of the Council of Ministers in the first 140 days of their work and compare it to those of CoM’s first line up in the previous term to check the accuracy of this statement.

According to the CoM’s official website records, since the day it was formed up to 20.8.2015, the council of Ministers has held 19 regular and 4 special sessions. In the same time frame, the 2012 CoM lineup has held only 11 regular session, and no special ones.

During that time, the 2012 CoM has adopted a total of 132 acts, including 104 decisions, 5 decrees, 5 conclusions, 16 ordinances and two strategies. The current CoM adopted 123 acs – 100 decisions, 9 decrees, 3 conclusions, 3 instructions, 3 ordinances and 3 strategies. Although the 2012 CoM has a somewhat better result in numbers, a lot of decisions adopted in 2012 were ad-hoc approvals for using the current budget reserves (32 decisions), almost twice the number of such acts in the current term (18 decisions).

When it comes to drafting laws, the results are similar. Quantitativly, the 2012 lineup did adopt more draft and proposition laws, however most of them have never entered into force.

Specifically, from February to June 2012, the CoM has established one draft and one proposal law (draft of the Law on Budget and proposal of Law on associations, which was rejected by the Parliamentary Assembly), as well as seven proposals for amendmens to existing laws. Out of these, only two have so far been adopted in the PA BiH, two more are still in the parliamentary procedure, while other three have been rejected or withdrawn. Among the rejected proposals is the infamous Proposal Law on Citizens’ ID Numbers, created by Ministry of civil affairs, which was at the time run by SNSD’s Sredoje Novic. This proposal’s amendmens went far beyond the related decision of Constitutional Court of BiH they were supposed to implement, thus starting a process which eventually lead to a well known crisis that escalated through mass protests in 2013. (JMBG protests). Apart from the mentioned drafts and proposals, the CoM adopted two strategies – the Strategy on learning about enterneurship in BiH education eystems 2012-2015 and the Strategy on migrations and asylum 2012-2015.

The current CoM has, in the same amount of time, established one draft and two proposal laws, together with two amendmens to existing laws – the Law on minor offences, which is still in parliamentary procedure, and the Criminal Law, which was adopted in the PA BiH. It is telling that these particular law amendments were supposed to be adopted in the previous term in order to prevent BiH from ending up on Moneyval’s “blacklist”, however it was precisely Cvijanovic and Dodik’s party which prevented this from happening.

All in all, although neither the “SNSD’s Council of Ministers” nor the current lineup of CoM were particularly industrious in their work, an overall conclusion is that 2012 CoM’s results only look better in numbers, but lack any substantial acts. Moreover, some of the former CoM’s moves proved to actually be harmful for BiH citizens, such as the afore mentioned JMB law proposal. On the other hand, the current CoM was slightly less productive in terms of the number of adopted acts, but has acomplished more, as it has managed to unblock some of the processes which were brought to a halt during the previous term. As the 2012 lineup has a better quantitative score, but the current Council of Ministers’ actions score better in terms of quality, this Cvijanovic’s statement is rated as half-true.